I read the 12 single-spaced pages of operative reports to find out what happened to me in surgery on January 9, 2012. This was important to me in part because of the aftermath of the surgery and also because of the natural curiosity that comes from having my professional roots in nursing. In one respect the surgery was quite sad.

I was surprised to learn that my urologist made the incision (I thought the general surgeon was going to start the operation). It was a midline incision starting a bit below the bottom tip of my breast bone with a detour to the side for my belly button and then straight to my pubic bone. The size of the incision signaled the magnitude of the upcoming operation.

My two urologists then worked in tandem to dissect from the skin down to the bladder because the first order of business was to remove my bladder. They stopped at “the discovery of severe scarring with electrocautery” in the area of the tattered first mesh.

This is the part about which I feel very sad. This scarring by electrocautery (a method to stop bleeding) is from a summer 2007 surgery to place a mesh for an abdominal wall hernia. The surgeon was represented to me as an excellent technician. Ha! I referenced him in my blog entry, “A Tale of Two More Surgeons” (December 2, 2011) as one who was disrespectful and uncaring and had left his bad attitude and energy all over my poor abdomen. Now I see he caused even more damage and I feel angry.

My urologist’s partner scrubbed out and the general surgeon, who is an abdominal reconstructionist, scrubbed in. He spent more than one and one-half hours using a scissors and other cutting instruments to cut apart the scarring and adhesions and free up my bowel. He also removed the remnants of the synthetic mesh.

No wonder my pain postoperatively was described as excruciating. My mental consciousness was “asleep” during surgery but my anatomy and physiology, which was experiencing so much cutting and being moved around, was awake.

This brings to mind the anesthesiologist(s) and the wonderful work he did in tempering the pain during surgery and keeping me under anesthesia so skillfully for eight long hours, a very lengthy surgery.

The general surgeon scrubbed out and the second urologist scrubbed back in.  My bladder and pelvic lymph nodes were reached. These lymph nodes were removed for examination by pathologists and all came back clean. It is reassuring to know that no small cell cancer invaded them.

My bladder, however, had evidence of not only the initial tumor destroyed by chemotherapy but also a second tumor. The nerve! What this means is that within 10 weeks of my diagnosis, a second tumor formed and grew but then was annihilated by the poison of chemotherapy. What an aggressive cancer! Thank goodness chemotherapy was more aggressive.

After my bladder was removed, the urologists turned their attention to creating the ileal conduit. After they finished the majority of this work, my urologist scrubbed out and the general surgeon scrubbed back in to remove my gallbladder. Then with my urologist’s help they finished the ileal conduit and repaired my abdominal wall hernia by placing a new mesh made of biologic material. 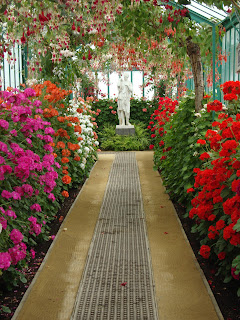 My abdomen was sewn back together by the general surgeon and the skin was stapled shut. As a result, my incision looks like a vine winding its way up my belly. Other views are that it looks like a railroad track or a map, but I’m sticking with a vine.

I did well throughout the surgery. A remarkable, complex surgery performed by a room full of remarkable professionals and technicians.