“There are so many ways to be sick,” said the anesthesiologist. One of these is mental. After all that was done to me in surgery, ICU, and the postoperative room, and with so many days in a windowless ICU and then in a single postop room, my mind was injured.

There was a round clock in each of my rooms which provided the time but not whether it was AM or PM. Once a team of four came into my ICU room and the woman on the team greeted me by saying good morning. For some reason I had thought it was night, so her greeting perked my attention. I did my best to look intently at her and then intently at the clock on the wall, back to her, back to the clock. Several times. Fortunately she understood and said, yes, it is morning. That made me happy – a simple certainty I could know and depend on in a 24/7 environment.

Nurses wrote the date out (e.g., January 14, 2012) on a whiteboard, but there was no calendar to provide the context for the date. This is akin to looking at a digital clock; to understand the meaning of the readout, one unconsciously relies on the context of a round clock. Similarly, I needed a calendar to make sense of the date.

My initial fog was from being under conscious sedation for more than three days. I became much more alert in ICU after that was discontinued. Still I had phantasmagorical dreams, one of which became a living, breathing reality at one moment. I thought I was at an exclusive birthday party for an exceptionally wealthy man and then asked John and the respiratory therapist if being where we were (right outside the main party room in a wheelchair, I thought) was interfering with the party.  Holy smokes!

This continued in the regular postoperative room even though I had many lucid hours in the ICU. I know I did not experience the transfer because I was sedated.  So I just woke up in a new room. But I was dreaming fiercely and vividly, and I have distinct memories of five different rooms! I have clearer memories of what I dreamt than of consensual reality; at least half of the days in that postop room are lost to me.

I dreamt my experiences. Seven days of arm restraints in ICU? Two dreams of being restrained in a room with others similarly restrained in beds. Electrocautery in surgery? A dream of a young man dressed in blue scrubs abusing me with an electric gun of sorts. Several ordinary, even ugly, IVs? Dreams of my IVs as clear little bottles, each a different and vibrant color of the rainbow.

As some of these dreams signal, I developed full-blown paranoid ideation, a form of “ICU psychosis.”

My doctors called it delirium, attributing it to the pain medications, one of which I was surprised to learn I had been receiving because it has adverse effects on me. It became so bad that when I was again placed under conscious sedation for a procedure to stop a urine leak, I had what is known as a paradoxical reaction to one of the drugs: instead of sedation I became very agitated and loudly insistent that they stop the procedure before it was started. To avoid accidentally injuring me because of my state of arousal, they did, in fact, stop the procedure.

There was a psychiatric consult, a neurology consult, an EEG, a CT scan of my brain.  No “functional defect” was found, just a mind in search of its moorings at the same time that it was sure it was moored.

My first clue that something was amiss was when a nurse began asking me if I knew where I was. Oh-oh. She repeated the question about three or four times then switched to, “Are you at home?” Whew! A clue. “No.” “Where are you?” repeated several more times. Finally I figured out it was the hospital. “Which one?” Oh no! Right answers are bad; they bring more questions! I managed to figure out the health care system. “Which hospital?” I gave an answer based on one of my dreams. At least I was told the right answer after that.

I usually incorrectly answered the question about what year it was. I finally put together, however, that it was still January, not February, because the Super Bowl had not yet been played. Where all my goofy birth dates came from I’ll never know. And when asked who the president was, I gave the name of any president during whose administration I had lived.

It took much longer than my hospitalization for me to slowly come to terms with the fact that what I thought had been reality was dream-based. Well into late February I was asking John whether a particular event actually had happened. Since he was there with me in the hospital for all but three hours every day, he was an excellent resource for these reality checks. 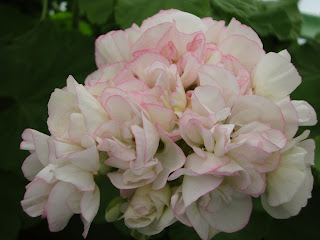 The care and healing of the mind is subtle and takes a long time. It cannot be concentrated on; that’s how a body heals. A mind prefers to be left to its own devices as it self heals. There’s no rushing it. There aren’t exercises with ten reps each. There aren’t special foods.

Still I did notice some improvement when I worked over a period of two weeks filling in the blanks (e.g., email or address) on my Smartphone “Contacts” list, checking them against some of John’s, adding some missing ones, proofreading the changes and editing them.

And finally, after nine weeks’ recuperation, I am able to write again.