When It Rains, It Pours

Or perhaps, when it snows it pours since we have a partial ground covering of snow today (“It’s beginning to look a bit like Christmas….”).  My Aussie son-in-law was thrilled to see it.

So much can happen in 24 hours. In one 24-hour period this week – just as my hair was beginning to grow back (I note with chagrin that the hair on my chinny chin chin raced back at a pace far exceeding that on my head and legs), just when I was beginning to feel more energetic, just when I abandoned my daily attire of bed clothing (to remind myself to reserve my energy for healing) and began wearing regular clothing – just then I was given three new diagnoses. My mother told me life wasn’t fair, but really.

The path to discovery started when one of my crack surgical team members did two scopes. The first was an esophagogastroduodenoscopy.  (My daughter remarked, “Holy Mother of Mercy, that is a mouthful.” Myself, I like a good 12-syllable word.)

It means that under conscious sedation with fentanyl (a narcotic pain reliever) as well as versed (a sedative and amnesic which – thankfully – makes one sleep and forget), a lighted tube (scope) is inserted through the mouth down the esophagus into the stomach right up to the duodenum (the beginning of the small intestine). The entire upper gastrointestinal (GI) tract is thus visualized.

Never having had this scope before, I don’t know how long the ulcer has been there.  But I suspect it is related to the muscular steroid Decadron that I received with each of my twelve chemo infusions and for a few days afterwards in pill form. And did I mention stress?

Next the colonoscopy was done. This involved the insertion of a larger scope in the rectum up through the large intestine to the ileocecal juncture, the joinder intersection between the large and small intestines. This scope showed that I had a large polyp near my bottom end. Honestly, how much more can be wrong with my body?

The surgeon believed the polyp to be non-malignant. This is corroborated by it not showing up on the PET scan in early September because a PET scan only shows “hot spots” – areas of increased metabolic activity (e.g., cancer). We’ll know for sure when the pathology report comes back.

Then I went in for a sleep study at a sleep medicine clinic. I stayed overnight in a lovely, sedate room done in hushed tones of blue. The technician fastened about two dozen electrodes with attached cords to my head and face and a few more to my chest and legs. When I moved my head I felt and sounded as though I had beaded strands of hair. For some reason I felt young again.

Then I laid me down to sleep and within a couple of hours the tech woke me up. This is because she had tracked at least 20 episodes of apnea (not breathing) in just one hour. Good gravy, that is lot of not breathing going on.

What causes the apnea is my tongue lolling back against my throat. This closes off the airway between my mouth or nose and my lungs, and prevents my lungs from getting air (an apnea episode). This causes me to wake up just enough to take a nice, loud breath, resulting in major-league snoring, baby! (I am considering making a CD of my scary snoring sounds and selling it during the month of October.)

This cycle goes on at least twenty times an hour! That’s an average of once every three minutes. No wonder I take so many naps – I am not really sleeping during most of the night.

So the tech hooked me up to a CPAP machine with a mask over my nose and mouth that pushes in humidified air with pressure. The pressured air stream competes with the tongue lolling and the pressured air wins. After that I slept for the better part of four hours straight and woke up – are you ready? – refreshed!

Thus my third new diagnosis: sleep apnea, a condition shared by ten percent of the population. 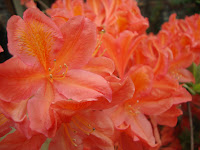 So now I carry more diagnoses than Carter's got liver pills. Don't be jealous that I am way ahead on this score.

These past few days would have been my chemotherapy treatment days if I were still receiving it, and I found myself reminiscing about it. Several vignettes came to mind.

The senior nurse at my new infusion center who gently and matter of factly counseled that this was a time to be kind to myself.

The young nurse at my first infusion center who was injecting the diuretic Lasix directly into my IV line saying it would “tap” my kidneys.

The 80-year-old man at that center who had tumors in his liver, lung and brain. He was the gregarious, erstwhile owner of an insurance agency and would tell his life story to anyone who would listen but loudly enough so most of us heard it, repeatedly. He was the only patient who had the same chemo recipe as I did, so we were there for the same five hours and usually headed for one of the two restrooms at the same time – about 15 minutes after the Lasix “tapped” our kidneys.

A middle-aged woman at that center told me she had breast cancer and already had undergone surgery and radiation therapy. She said she cried like a baby when she realized she could not return to work in September as an art teacher for all grades in an elementary school because, given her compromised immune system, the risk of getting sick from exposure to the kids’ ubiquitous germs was too great.

A woman with lung cancer referred to one of her chemo drugs as “Cis-poison” (Cisplatin). Some breast cancer patients refer to Adriamycin, a clear red chemo agent, as “Red Devil.” But a young pathologist chose to call it “Red Sunshine” (also the title of her 2011 book) to reflect her positive attitude toward treatment.

A woman at my new infusion center told me she had lung cancer. Asked how many more treatments she had left, she responded, “This better be the last one!” Later, after a new bag of IV fluid was hung, she wheeled her IV stand out the back door and smoked a cigarette.

A couple came together to my new infusion center. He was a veteran, and telling me that was enough to briefly bring those memories front and center. He was a large man who reminded me of a retired farmer. She looked like a pixie. He confided one day that she was “just skin and bones.” She slept during her chemo infusions. He sat next to her the entire time, no book or magazine, just his hands and his thoughts. “They also serve who only stand and wait.”  (On His Blindness, John Milton) 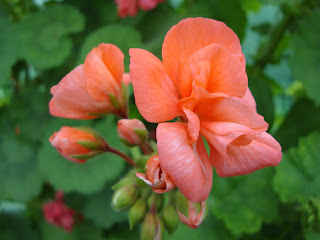 A Tale of Two More Surgeons

A man who reads my blog emailed me (jeandimotto@gmail.com) naming the reconstruction surgeon at the about whom I'd written on November 20th.  He recognized him from the surgeon’s lack of respectful and compassionate interaction with him and his wife as well as the computer screen cuing him to convey all the “informed consent” information.

I have heard from women who told me they guffawed with other women about Dr. Your Vagina is the New Urethra or were deeply dismayed that someone like him exists in this day and age.

Meanwhile, my husband and I met with another physician who would be the one to remove my bladder (not one of the two who do the reconstruction). He had read my records and respectfully listened to me and my husband, clarified information, answered our questions and offered his opinions about my surgical options for a new bladder (the neo-bladder would not be an option because of my incontinence; he has seen good results with the Indiana pouch).

I then asked, “Assuming I have the surgery done here, who would do the reconstruction part?” Why, Dr. Your Vagina is the New Urethra, of course. Considering how obviously we had expressed to him our utter dissatisfaction with that surgeon, this was a remarkable answer. In fact, a deal breaker. And it belied his next, practiced, glib statements that he regards each of the two reconstruction surgeons equally and has no preference for one over the other.

What surgeons like these two at the fail to understand is that many patients are not looking for just a skilled surgeon. They also want one who is a good doctor. A good technician does not a good doctor make. A surgeon who cannot relate respectfully to a patient as a mature human being is going to leave that icky attitude all over the patient during the surgery. I know. It happened to me with the surgeon who placed the original mesh in my abdomen. There is a gulf separating him from my first surgeon who was both a great surgeon and a great doctor, as well as a gulf separating the kind of healing I experienced after each of those surgeries.

Journeying on, we next met with the surgeon whom my urologist wants as part of the team who would operate with her. (So many doctors, so little time.)

His assistant scheduled a full hour for the consult. After shaking both of our hands, he touched my hand or arm periodically during the consult. He was energetic, animated, sat in close proximity to us and made eye contact with us throughout the consult. He himself has had two abdominal surgeries, so he knows the experience of being a patient.

He is one of about 100 surgeons in the whose skill set is dealing with complicated abdominal surgeries where the risk of bowel injury is higher than normal and where the abdomen needs reconstruction.

He talked about my current mesh, and after a physical examination told me it needs to be removed both because it is no longer functional and also because of the high risk of infection if it is left in after this surgery. He asked permission to remove my gallbladder (with its gallstones) as long as my abdomen will be open and the mesh replaced afterwards. He indicated that he will use a new and improved quality of mesh.

It was easy to like and respect him as both skilled surgeon and good doctor.


And so I chose my urologist, Dr. Chesrow; her partner, Dr. Wood; and this surgeon, Dr. Armstrong; as my surgical team. Each of them is affiliated with Medical System. 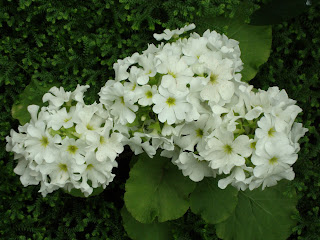 I cannot describe my relief and sense of peace not just with finalizing my choices but also with putting myself in the hands of these three good surgeons and doctors.

Surgery is scheduled for the early morning of Monday, January 9, 2012, at Aurora St. Luke’s .

And so I have five weeks to continue recovering from chemo (my nausea even at the end of the second week of my final round is fierce and unrelenting) and begin the pre-op preparation and procedures.