Under My Spiritual Umbrella

As a body suffers from illness, as illness wreaks havoc on emotions, what happens to the spirit? And what happened to it in the first place such that disease became a physical reality?

A spirit cannot take care of itself. It needs to be nurtured, gentled, uplifted, strengthened. It is interconnected with all spirit, which pervades all matter, and so it cannot exist in the illusion of separateness. I could not and cannot continue to manage during these months without the spiritual sustenance of family, friends and colleagues, whether here or across the veil.

It comes at any time. Several weeks ago as I began to slip into bed, I “saw” a white cloud about two inches thick spread out on top of the sheet for me.

I feel it in my husband’s steady breathing and peaceful quietude as he sleeps, and as he holds me when I just can’t take any more.

I have awoken with a smile and the distinct sense of a hand on my upper arm near my shoulder and know it is my mother. My daughter sacrifices her energy for me when mine is spent. My son-in-law checks several times a day to see if I need anything.

Spiritual sustenance is being "surrounded by dozens of thoughts each day” from my beloved college friend in Baltimore, the various prayer groups who regularly petition for me, the three women who periodically send me cards of encouragement, those who pray daily for me, the aunt who has taken me under her loving wing.

Support came in the healing circle which my friend and former colleague from ’s nursing faculty created for me in her home so that I could receive affirmation and wisdom as I slog through the low, muddy ground. This circle was joined by friends of my husband’s family in who together prayed aloud for me during that same time.

Every word of encouragement given directly, through John, through cyberspace or the mail helps to keep me afloat and the water warm. And I need every ounce, every gram, of this thoughtfulness because it is a long and bumpy journey, not least negotiating the health care system itself. 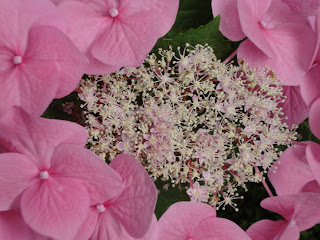 Now the second question: What happened to my spirit such that cancer became a physical reality in me?

My spiritual umbrella is large with a variety of transcendent beliefs existing harmoniously under its protective halo. One belief is that illness is not solely physical but also a spiritual manifestation. Another is that trauma suffered by an ancestor can pass down the generations until healed.

I can describe my cancer physically as limited disease small cell cancer arising in my bladder. But how do I describe my cancer spiritually? I have not been able to identify this in contemplation. I needed someone who could describe my illness to me in spiritual terms so I could heal at that level as well. I chose a shamanic healer, Myron Eshowsky of Madison, Wisconsin, an internationally renowned trauma healer and author of Peace with Cancer (2009).

Both physically and spiritually cancer is an unhealed wound. With his spirit guides, Myron described my cancer as generational, related to the unhealed trauma of an ancestor who was raped and subsequently banished. (Who can argue but that this is the ultimate injustice – being banished because you were the victim of a brutal criminal act?) Have I suffered banishment in my own life, he asked. Yes, I suddenly realized. Four banishments immediately leapt to mind.

Myron removed the spirit of my cancer, sang its song, then sang a healing song to it and took it into peace. I have work to do to provide a spiritual safe place for my ancestors now, which I gladly undertake.

But this did not completely obviate my suffering around banishment. I wept for myself that I suffered banishments through no fault of my own. I wept the pain of banishment for all my ancestors who were affected by it.

Then I wept in a self pity that I was the one who was asked to suffer it for my ancestors. In the midst of such human tears I remembered the garden in and allowed a greater Will to guide my own. I became grateful that I could be the one to heal those who have come before me and those who will come after me. A Thanksgiving attitude of gratitude.