Things are happening rapidly. The oncologist to whom my urologist referred me re-arranged several appointments in order to see me the next day. It turns out that the massive surgery - full abdominal opening, two surgeons, several hours removing my bladder, creating a new internal bladder from the tissue of the small intestine and then sewing the intestine back together, connecting the new bladder to my ureters and creating a little stoma into which I will insert a little catheter 4-6 times daily to drain the urine, followed by an amazing (by today’s standards) 7-10 days in the hospital post-operatively - is merely “local treatment.”

The cure treatment is chemotherapy and lots of it. I start right away next Wednesday and will receive big-time, full-body chemo for three consecutive days, followed by a week of feeling like shit, followed by a week of feeling a bit better. Repeat for three more rounds. This is a search and destroy mission for any miscreant cells anywhere in my body. My daughter disagrees. She views it as a mission to flood and saturate all areas with poison. I think she may be right.

I will have a medical port placed first where they will hook up the IV each time because they weren’t too thrilled with the veins in my arms. Also a PET scan Tuesday. This is a nuclear test that highlights any cancer spots, even polyps, anywhere in the body.

I will lose all my hair with the second round of chemo treatments. I was shocked by this news! I never imagined that wig shopping would be in my future. They advised that the “real key” is to get it ahead of the need and take it to my hairdresser to have her cut it so it looks like me. I have disliked my hairstyle for a few months now, so we’ll see about that. I was given a catalog to get some cool scarves and other swanky head attire. At least there is an online shopping spree ahead.

May I hope for a weight loss benefit as well?

Only after I recover from the four rounds of chemo, which will end the week before Thanksgiving, will I have the “local treatment.” So a December surgery.

This news knocked the wind right out of my sails. I thought the chemo was only once weekly for four weeks as a prep for the big surgery. Surgery I can do; after all, my August 31st surgery was my fifth in five years. But full-blast chemo - yikes!

I will go to chemo next week with John the first two days and my daughter the third day just so that she sees what this is about. It will give her a visual and experiential point of reference in future conversations.

Then I want her and John to get on with their lives and let me deal with this without our family life being led by my illness and treatments. I need their love and support but also the normalcy they can bring by living their lives. 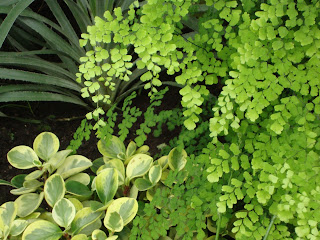