Depression Central a/k/a The Devil's in the Decadron

Last week my college friend in who has been looking after me from a distance sent me an article by a food critic recounting his two-year journey with a virulent brain cancer. The author's comments about the wildly varying, powerful emotional effects of Decadron hit home.

Decadron is a fiercely strong steroid given to lessen the side effects of chemo, especially the nausea. It was responsible for my feeling completely wacko after my first round of chemo. (See, “So What’s Chemo Like, Anyway?” September 24, 2011.)

My oncologist reduced the dose by one-third for my second round of chemo. Perfect. Completely forgetting that steroids need to be tapered down over several days, I quickly stopped taking it orally as well – and just as quickly sank to the bottom of a lake in Decadron withdrawal.

At supper I said such things to my family as, “If I was gone, you’d miss me but it wouldn’t last too long.” Everyone’s ears perked up but they camouflaged their alarm and instead checked in on me throughout the evening and gave me heartfelt hugs.  That’s what helped me become aware of how deeply depressed I had become. I had hit my nadir.

What to do about a drug-induced emotional state? I learned about ten years ago that while a medication may intensify an emotional response, a mood or the vividness of dreams, they are nonetheless my responses, moods and dreams. So while it is true that the devilish Decadron is partly to blame, the spiritual path of growth requires me to work through whatever has presented itself under the medication's influence.

After a good bit of pondering, I first concluded that I had nothing to look forward to for months but more chemo with increasingly pronounced side effects followed by major surgery with an extensive recovery period. "It is a peculiarity of man that he can only live by looking to the future...." Victor E. Frankl, Man’s Search for Meaning, p. 73.

To solve that part of the problem, I asked my husband if he was interested in an early December (before the holiday rates kick in) trip to , one of my favorite places.  It would be a chance to relax together, linger over candlelit dinners, shop in little boutiques and celebrate the end of my chemo. He jumped at the suggestion. We booked using the airfare from my canceled trip to .


Still, one doesn’t sink so low merely because there is no vacation in sight. What else did I need to wrestle with at deeper inner levels? More pondering that night and then hashing it out with a skilled doctor (so many doctors, so little time) with whom, synchronistically, I had an appointment the very next day. What I discovered is that at age sixty I was still living every single day under my long-deceased father’s “shoulds” and “oughts” together with the inevitable, inescapable guilt. The enduring influence of parents!

“Are you able to just be?” my doctor asked. Her question brought me up short. It exactly identified the nub of my existential quandary. Must I do and achieve to feel worthwhile, or is it okay to revel in just being? Whoa, it sounds almost – well, sinful.

I also heard it, however, as a call to once again leave behind what doesn’t work anymore and become even more mature, to climb a step higher on the spiral of Jacob’s ladder. 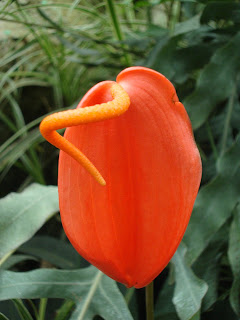 I suppose I owe Decadron a nod for plunging me down so far down that I had to find new strength to surge back up again.  But my two-year-old self sometimes prefers to stamp her foot and say to Daddy Decadron, “You big meanie!  I hate you!”

Oops, what was that again about maturity?