Yesterday marked 17 weeks since my surgery. At times, my recovery has seemed slower than the flow of maple syrup on a cold day. On the other hand, there is a medical adage that for every day spent in the hospital, one needs a week of recovery at home. Having spent 21 days in the hospital, I am a little ahead of schedule because I am returning to work for half days in two weeks, which will be the 19-week point.

In reflecting on these past 17 weeks I have contemplated how progress is marked.  That brings another adage to mind: Everything a person recuperating from surgery does takes twice as much energy to accomplish than for someone who is unimpaired.

Initially I was winded after climbing a flight of stairs, or showering, or a meal, or doing five repetitions of a simple exercise in each arm, even just getting into bed. This was discouraging, but also a powerful reminder of how much I had been through. And it made thrilling the accomplishments of showering while standing (instead of sitting) and yesterday climbing two flights of stairs without being short of breath.

Another marker was being able to drive again, although I still tend to groan in discomfort when I get in or out of the car. Yet another marker was not needing a narcotic to relieve my pain and instead being able to rely solely on acetaminophen. Still another was making meals again, something I have not done for longer than I can remember.

I began physical therapy in April for up to eight weeks to correct my crooked left kneecap and build my strength, especially in my abdominal muscles. I was afraid I would never be able to regain any stamina, but they graduated me after only one month because I was doing so well.

John attributes my new-found energy to being well rested because I have faithfully used my CPAP machine for six weeks now, including during my afternoon naps. I agree. Who could feel energetic after stopping breathing 147 times every hour because of sleep apnea? (The respiratory therapist said mine was the worst case they had ever seen.)

It is ironic that although I am much more energetic than I used to feel, I still need at least 10 hours of sleep every day. But everyone of l'age certain can be envious that I am able to drink a quart of water within an hour of retiring and sleep peacefully throughout the night because of my new drainage system.

Yesterday, a major marker of progress was getting my medi-port removed. This was the device used to infuse all chemotherapeutic fluids (see, “So What’s Chemo Like, Anyway?” September 24, 2011). I hated that bump on my upper chest and what it symbolized, and was grateful that my oncologist allowed it to be removed. I was higher than a helium balloon when the procedure was concluded. 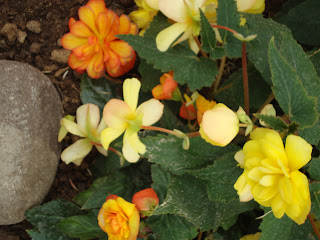 I am eager to return to work after moving through a mild depression at leaving behind a rhythm of living that I have come to love. I now know that I will enjoy retirement when the time comes.