The Human Experience of Surgery

As I wait in a Day Surgery room for the woman who will wheel my bed into the surgical suite, I hear John rattling the pages of the newspaper and Anne’s restlessness and then the two of them disagreeing about something or other. Not exactly a calming atmosphere. Finally I turn onto my side and pull the sheet up far enough so that it acts as a weak shield against their anxiety. Still, I cannot seem to get centered. With each of my prior four surgeries (ages 55-57), I was poised, self-contained, centered. Why can’t I get it together today? I couldn’t last night on the deck either. My sense about this being fine has flown the coop.

As I am being wheeled toward the surgical suite, I feel the burning of tears behind my closed eyelids. I kiss my family goodbye and as soon as they head to the waiting room I let the tears flow down hot against my cheeks. Still, I enjoy the incredible parking ability of this woman who expertly squeezes my bed into a narrow corral among five other beds.

Then I begin to cry – hard. What is this? I have never wept before one of my surgeries.  I heave with sobs and cover my face with the sheet. The nurses allow me my privacy.

But what it is with the anesthesiologist? I know they do best with unconscious bodies but what is so hard about having an authentic, non-patronizing conversation with a patient? He says things like, “In just a few minutes, I can start the IV fluid and your pain will be gone.” I tell him I am not in pain. Still, he repeats this a few minutes later.

I alert him to my probable sleep apnea, and he notes that it is due to the relaxation of the soft tissues in the throat and neck. He is looking directly at me as he says this. I have inherited my mother’s jowls. Nonetheless he has decided not to intubate me during the surgery. Does he want me snoring on the table? Frightening unless he wants Halloween sound effects. Sure enough, he ended up intubating me but gashes my lip in the process.

I wake up in the recovery room to a wonderful nurse who has me making quarter-body turns every 15 minutes in order that the TB nugget my urologist has inserted reaches all areas of my bladder. This produces a shade of urine I’d call iris but you could call cobalt. 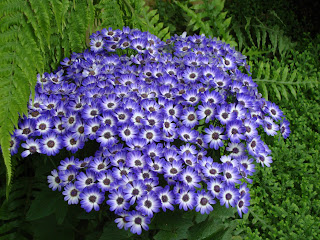 My urologist stops by to talk to me and I listen intently to her. She ends by saying, “You won't remember this conversation,” and that becomes the only sentence I do remember.

I  finally am recovered enough later that evening to go home. Pathology results next week. The waiting game continues.

I am grateful that my daughter has “second parents” (our college friends who lived 20 minutes from her college campus) who love her dearly and will let her stay at their home in the Baltimore area for a long birthday weekend and love her up real good while I am recovering from surgery.

The Long and Winding Road toward Diagnosis 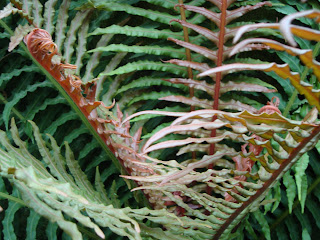 My story begins with finding blood in my urine the last week in June, but I was in the midst of presiding over a challenging four-day jury trial on a seven-count felony case.  My courtroom was leaking water in about a dozen different places during the week of rain storms, so I had to use a different judge’s courtroom. It’s not the same. A judge’s courtroom reflects the judge; I felt like a visitor, not the presiding authority. Even the chair wasn’t right. But I made do.

As well, I was on the tail end of whatever vicious bug my daughter, Anne, brought home from her long flight back from Sydney. So I didn’t even have enough energy to get to the clinic to give a urine sample and instead I napped over the lunch hours. In all events, the blood disappeared before the jury returned its verdict.

About ten days later, the first Friday in July, I was startled to find a large amount of blood in the toilet, but this time I was able to get right over to the clinic to give a urine sample. After it was tested for bacteria and none was found, I was called to return that afternoon for an exam with a doctor.

A very sharp family-practice resident read my chart and saw that the same thing had happened two years ago: hematuria with no bacteria in the urine against a history of smoking. This combination is consistent with bladder cancer, so while she treated me in the short term with antibiotics and an anti-fungal, she asked me to follow through and get a cystoscopy. No rush, said she and her very experienced supervising physician; it could wait until after my daughter’s wedding in mid-July.

Feeling the import of the possibility of cancer on the way home, I asked for a sign. I saw the extraordinary: an egret standing by the pond in the parkway near my home. I felt soothed and grateful. This is all going to be okay.

Ten days later on the Monday evening before the wedding I had another episode of hematuria. This was very upsetting, but four friends who were visiting to help with last-minute wedding preparation activities encouraged me to wait until after the wedding to learn more since the doctors had said it could wait until then.

It took me nearly four weeks after the wonderful - even magical - wedding, reception, dinner and dancing in the gardens of our yard to regain enough energy (I had been the wedding planner) to make an appointment. Fortunately, I was able to be seen two days later (Friday) by a urogynecologist. She did a thorough GYN exam (all normal) and a cystoscopy during which she inserted a lighted tube into my bladder to have a look around. She saw an abnormality that she considered highly suspicious for cancer.  She ordered a CT scan which I had the following Monday (normal except for gallstones which aren’t in issue just now), and referred me to a urologist for surgery.

The urologist wanted to repeat the cystoscopy for herself on Wednesday. She is a whiz at this procedure. She agreed that the abnormality was probably cancer. Day surgery was scheduled for late morning on August 31st to scoop out the small growths and take biopsies of my bladder lining to see if the “probable” cancer has spread there.

My husband, John, and I both liked and developed trust in my urologist. We admired her amazing intelligence, authenticity and authority with patients and, in my husband’s words, moxie. She explained the options openly and clearly.

Best outcome: No invasion of the bladder wall. This would mean a cystoscopy every three months for a year and every six months for another year, plus six courses of local chemotherapy with a nugget of tuberculosis inserted into the bladder for an hour. Peculiarly, TB mimics bladder cancer, thereby stimulating the immune system to develop great defenses to the real thing.

Worst outcome: The cancer has invaded the bladder wall. Then my bladder would be removed and a new one created from intestinal tissue which would require me to self-catheterize for urine release, but it wouldn’t be an external bag.

I have been careful in gradually giving Anne information about the possibilities. Her beloved husband, Tom, had to return to Sydney on August 7th until a date yet unknown when he will (we believe) be issued his “immigrant spousal visa.” Anne is a highly sensitive individual and in her separation from her husband, words like cancer, local chemotherapy or bladder removal surgery could be overwhelming.

Despite my sense that this will be okay, i.e., first option, it is awful to have to wait ten more days to know. I am used to being in surgery mode, but I am not used to having to wait so long for surgery and the answer. It is excruciatingly draining.